As promised, to go with my hooded monkey tutorial, here is the matching monkey washcloth puppet tutorial. I made these for a friend’s baby but may be making some more pretty soon for my adorable little model here. 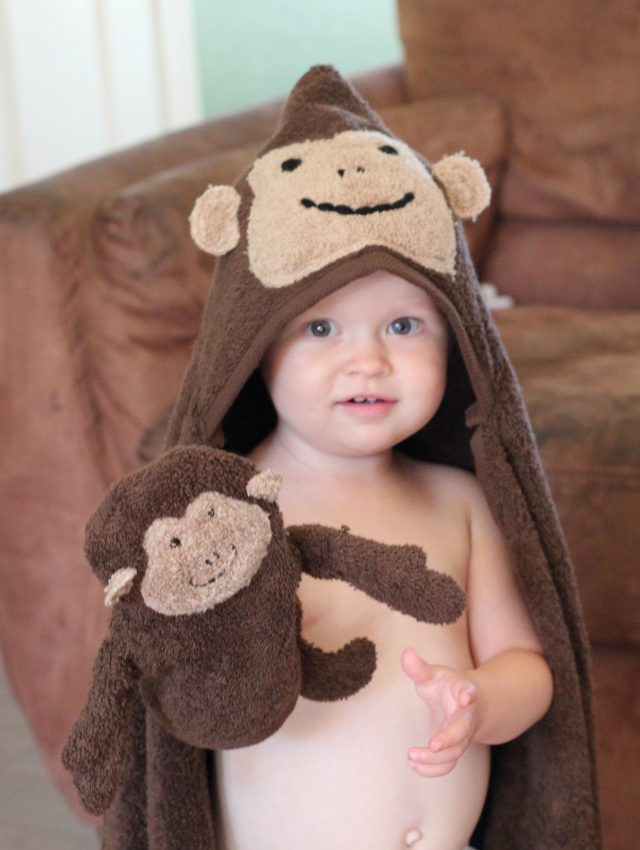 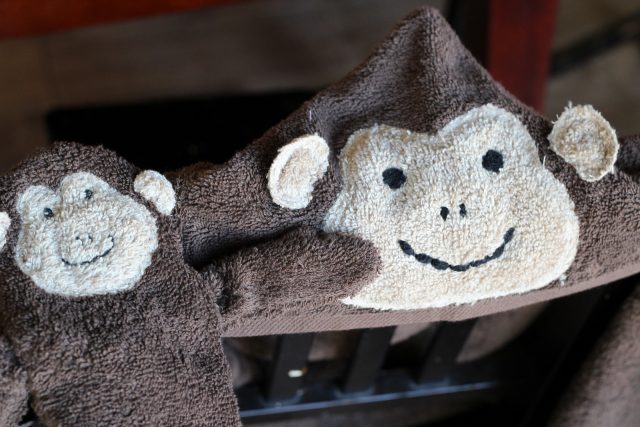 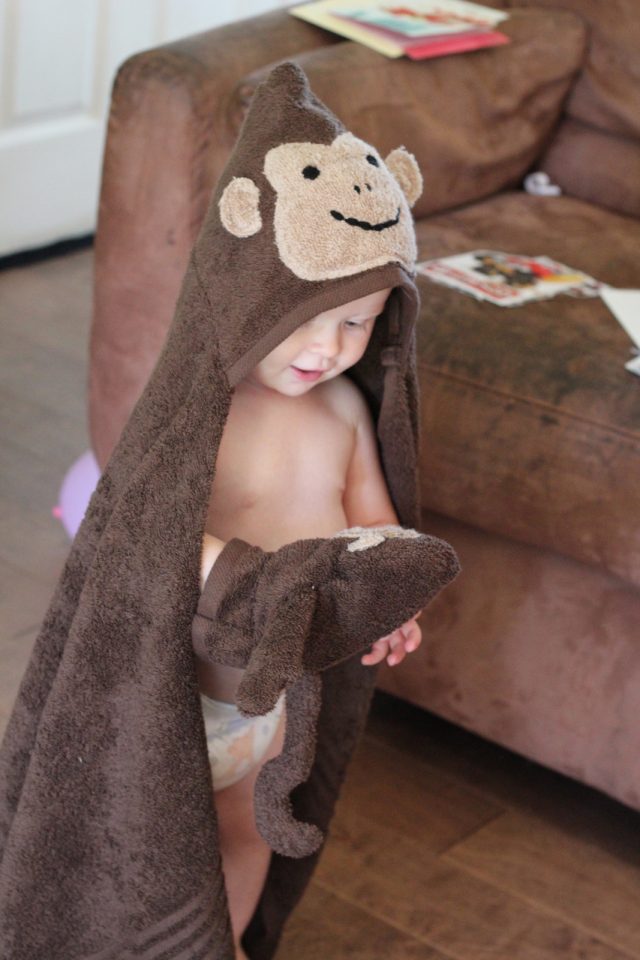 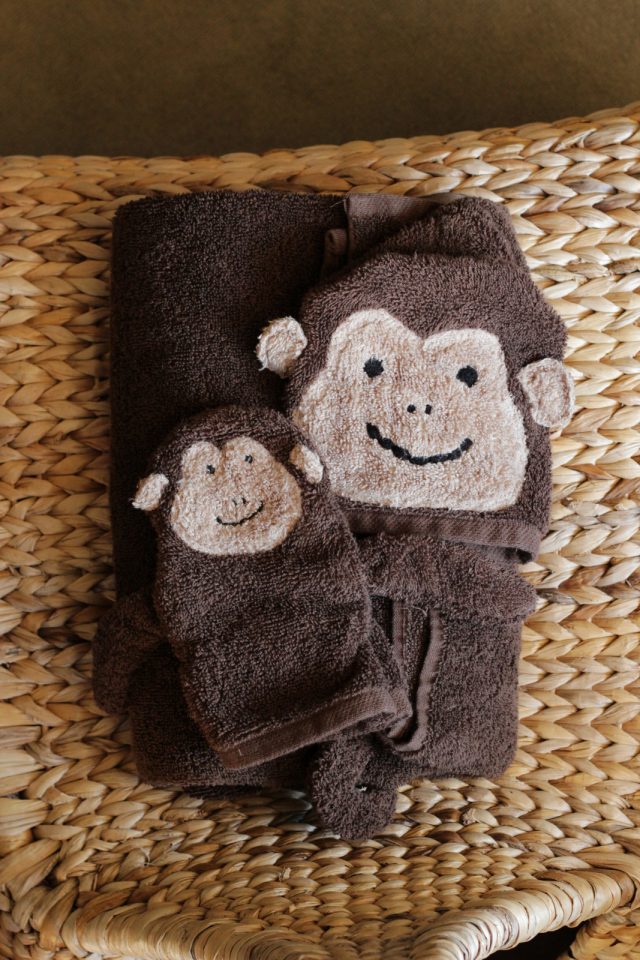 I used 3 washcloths to make the puppet, two brown ones and part of one tan one. (I used the rest of the tan one for the towel.)

First, I worked on the body. I folded a washcloth in half with the trim on the top and cut through both thicknesses to make two rectangular pieces with rounded tops. A cereal bowl helped me with the rounded shape. 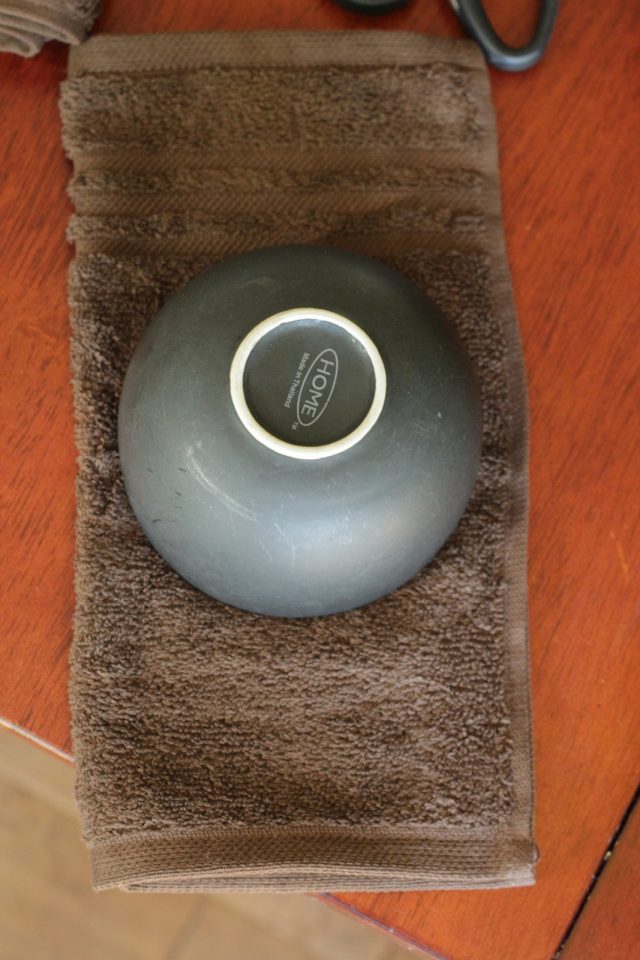 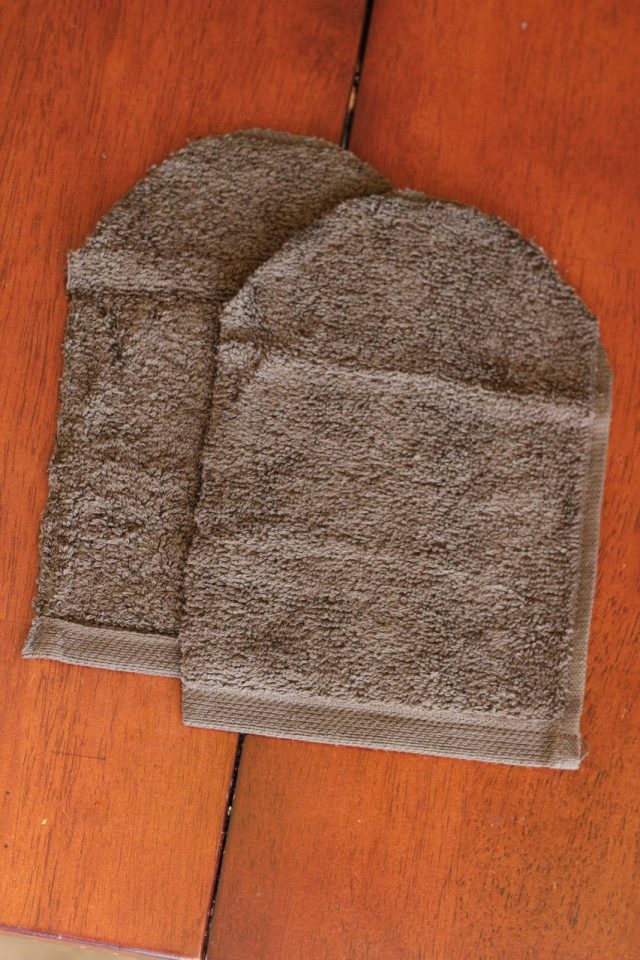 Next I made arms. I folded another washcloth in half, cut off the side trim, and cut two 2 1/2″ strips. The first strip I cut off is shown below. Do another just like it. 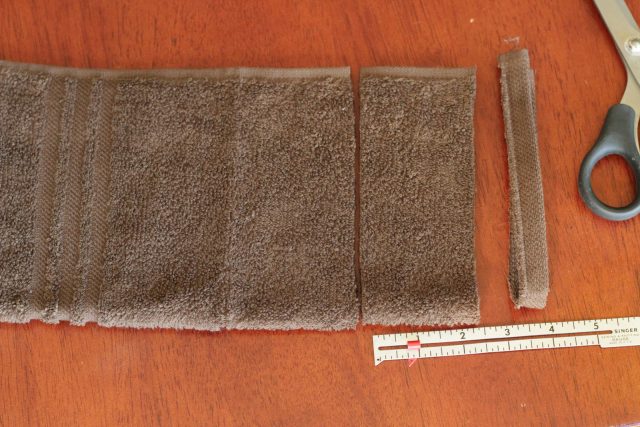 Also, I cut out a tail shape through the double thickness. (Ignore the fact that there are so many strips shown below. I was going to make legs and that ended up being a bad idea. You only need two strips. Not four.) 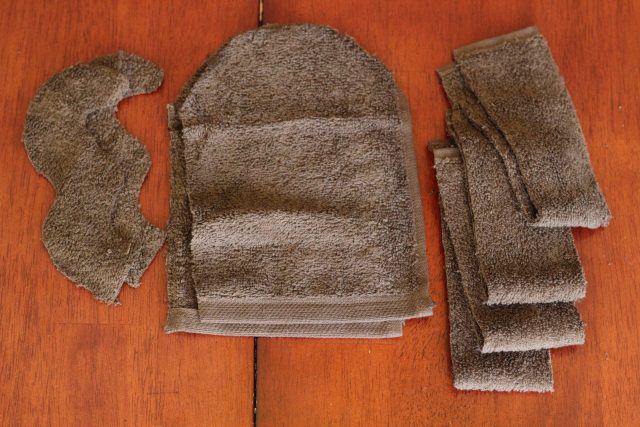 I then rounded the ends of the two strips and made little thumbs. I left the finished end on the arm at the shoulder. 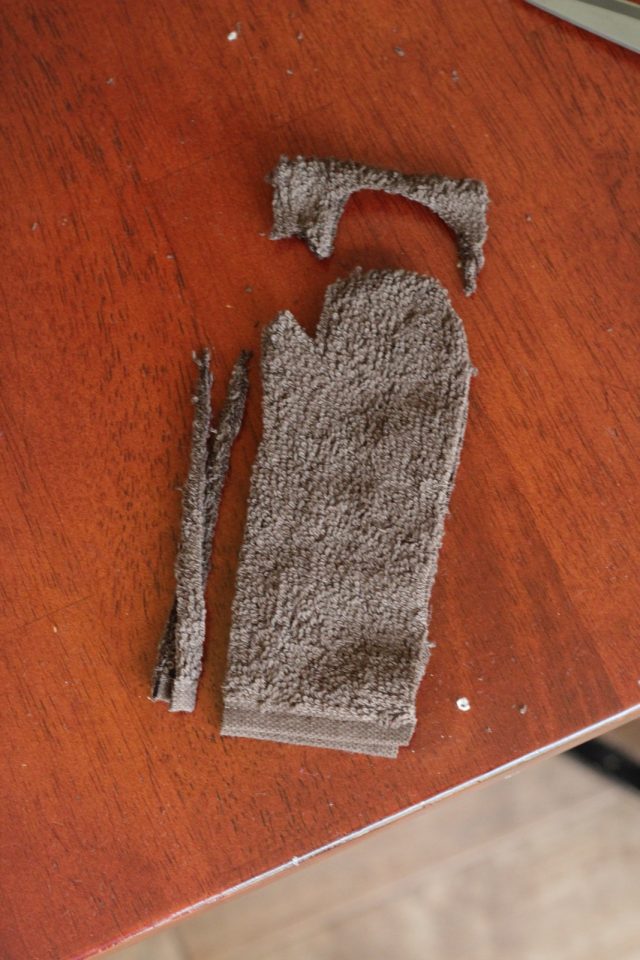 Then I tested out face and ear shapes. You can make your own patterns using paper like I did or print off my pattern here. It includes the monkey face and ear patterns for this washcloth and the monkey hooded towel. 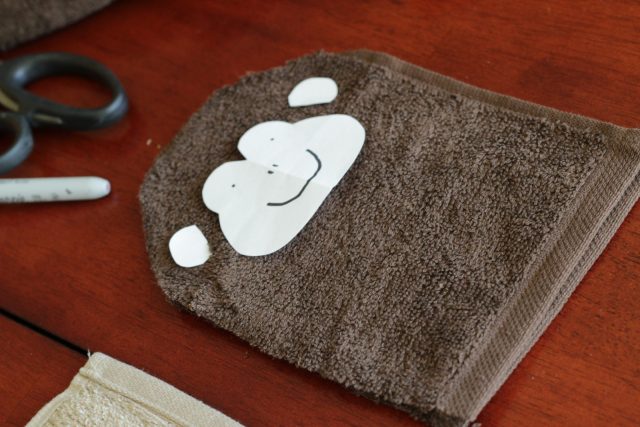 Then I cut a face shape and two ear shapes from the tan washcloth. The ear shapes I cut through a double thickness with the straight edge on a fold. I sewed the open edges of the ears together and sewed the face onto the center top right side of the body. Zigzag stitch would be great here to halt fraying, but if you’re like me and your zigzag machine is being ridiculous, straight stitch works ok. I went around each piece about 4 times. 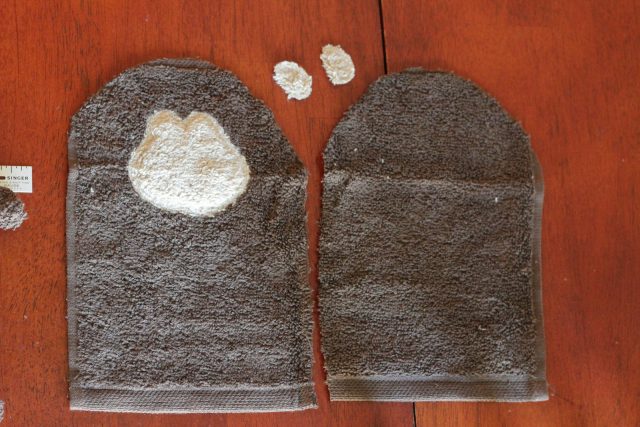 Then I sewed up the tail, leaving the end open for turning. VERY carefully turn it inside out. This was pretty tricky and I had to be gentle. I recommend using a wooden stuffing stick or dowel rod to help. 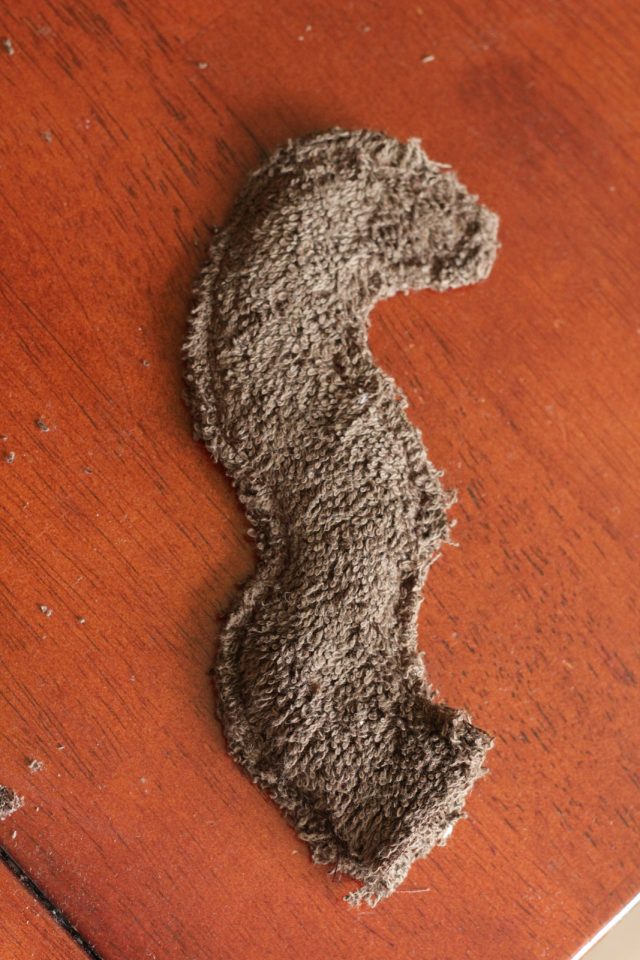 Then I positioned and pinned the arms like so on the front and back of the body. Make sure you have all either thumbs up or thumbs down, make sure the arms are all at the same angles, and make sure they are at the same distance from the bottom. 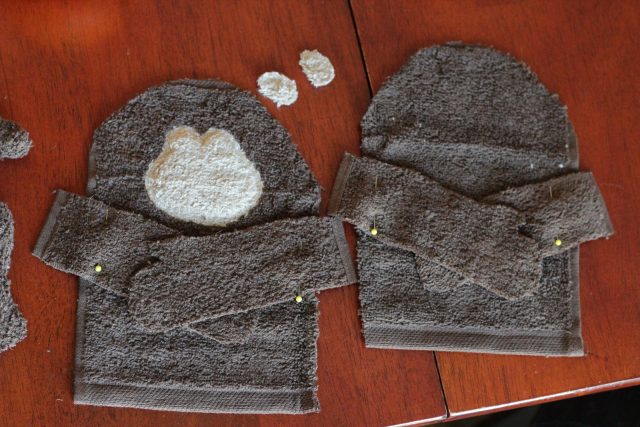 I sewed the arms securely in place along the sides of the body. 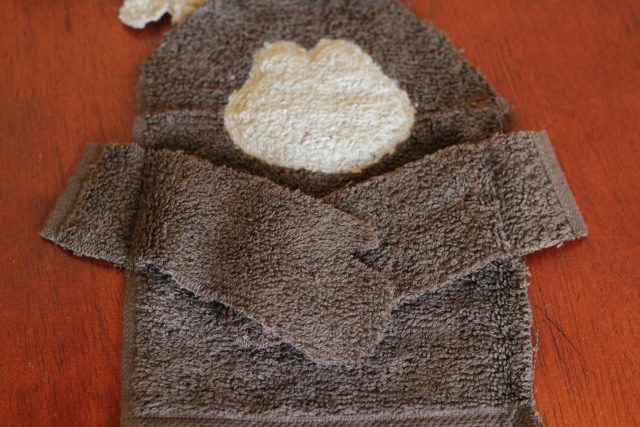 And folded them out. Do the same thing on the back body piece. 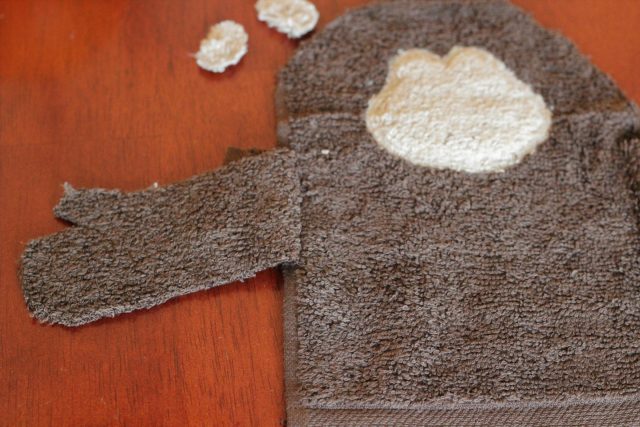 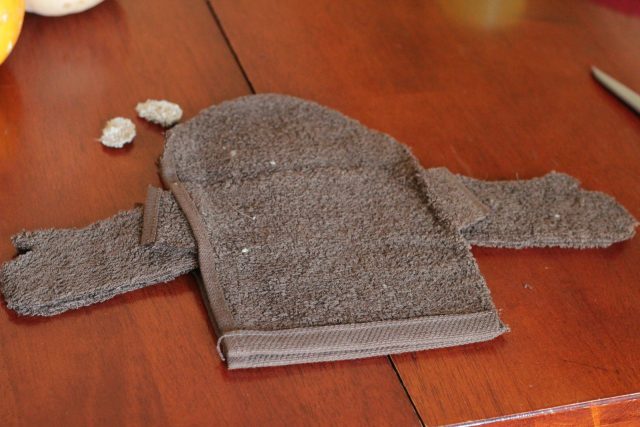 After you’ve sewn, turn it all inside out. Again, I had to be very careful when turning the arms and used a short wooden dowel rod. I hand sewed the straight side of the ears to the head, folding them a bit as I went. I also hand sewed the tail to the back. 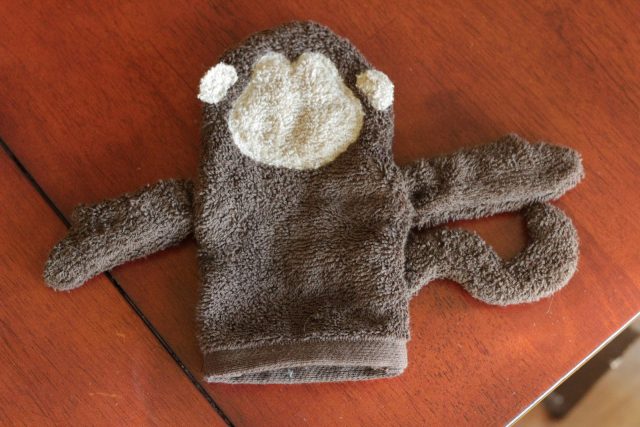 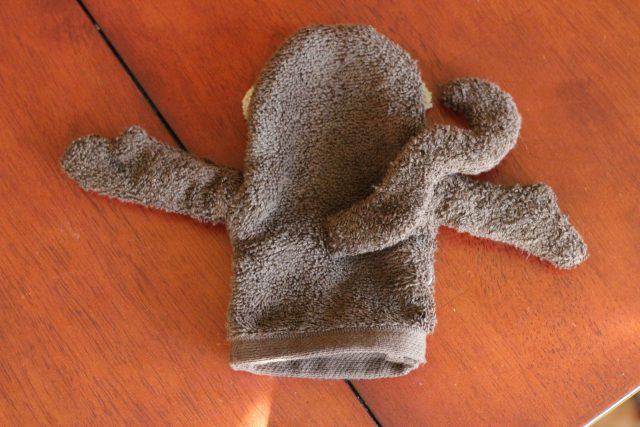 After a bit of embroidery to add eyes, nose, and mouth he was done. It’s a good idea to wash these before giving them as a present or anything. After the first wash they may need a few strings trimmed that unraveled from the inside. As long as you did the several passes when sewing or used a good zigzag stitch, it won’t unravel too much. Hope you enjoyed this project as much as I did. It was a favorite! 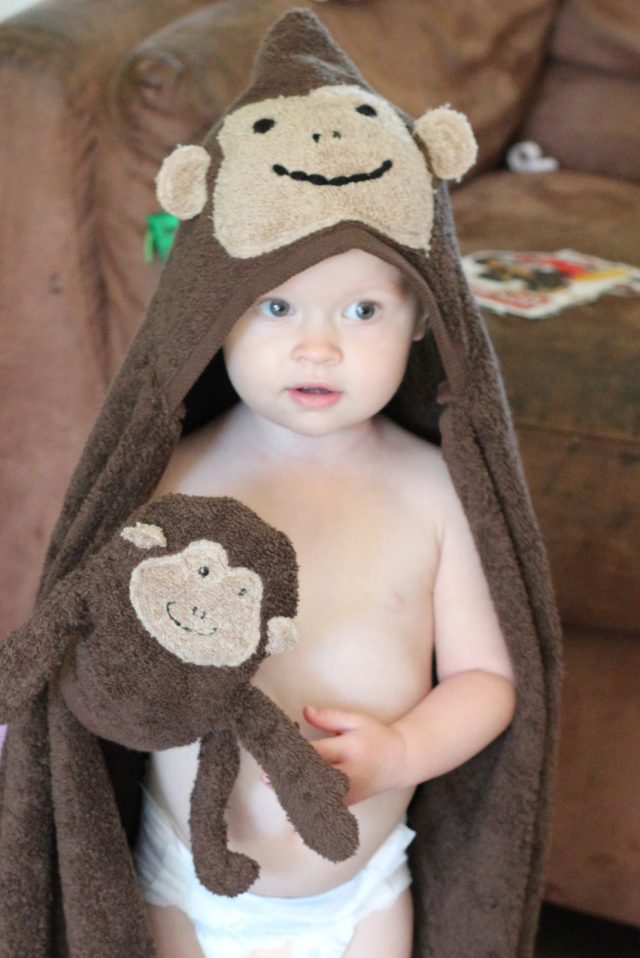 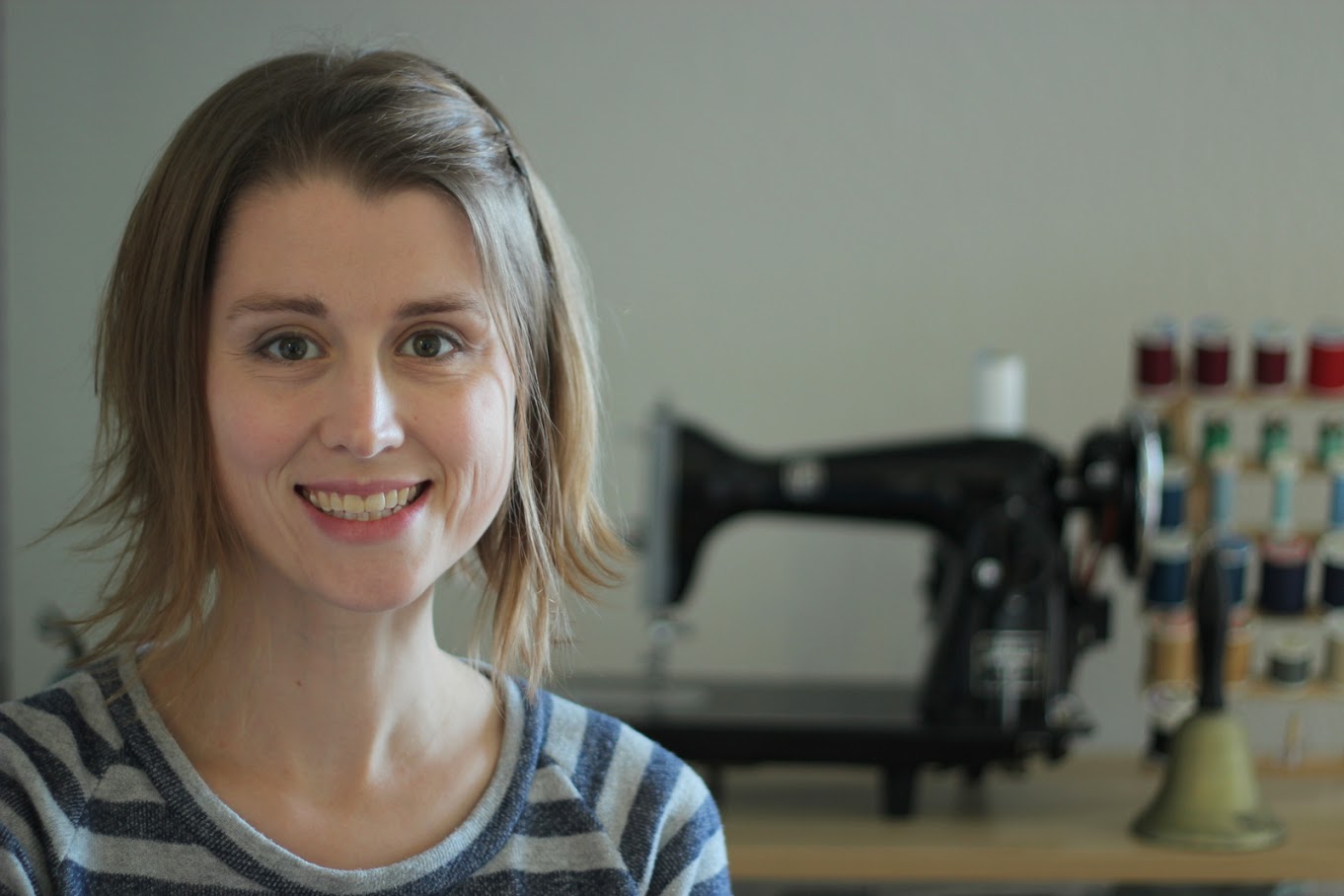